Winemaking is both a science
and an art. – Justin Neufeld

Justin showcases the flavors of the vineyards through each step of the growing and production process. Our resident wine geek, Justin has a degree in molecular biology, but outdoor pursuits (backpacking, snowboarding)—and a serendipitous introduction to noted Washington winemaker Doug Gore—drove him out of the lab and into the vineyards. He finessed his skills at Chateau St. Michelle, Silver Lake, and Glen Fiona before joining Gilbert Cellars in 2007 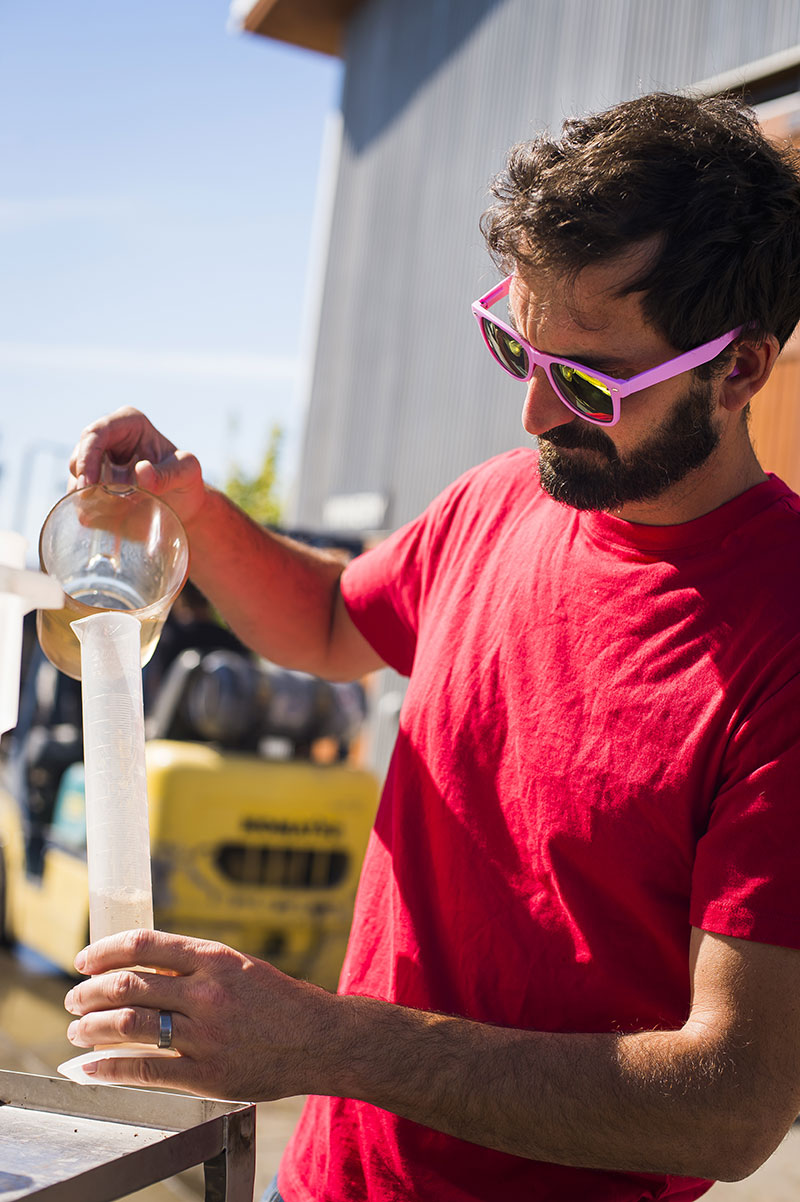 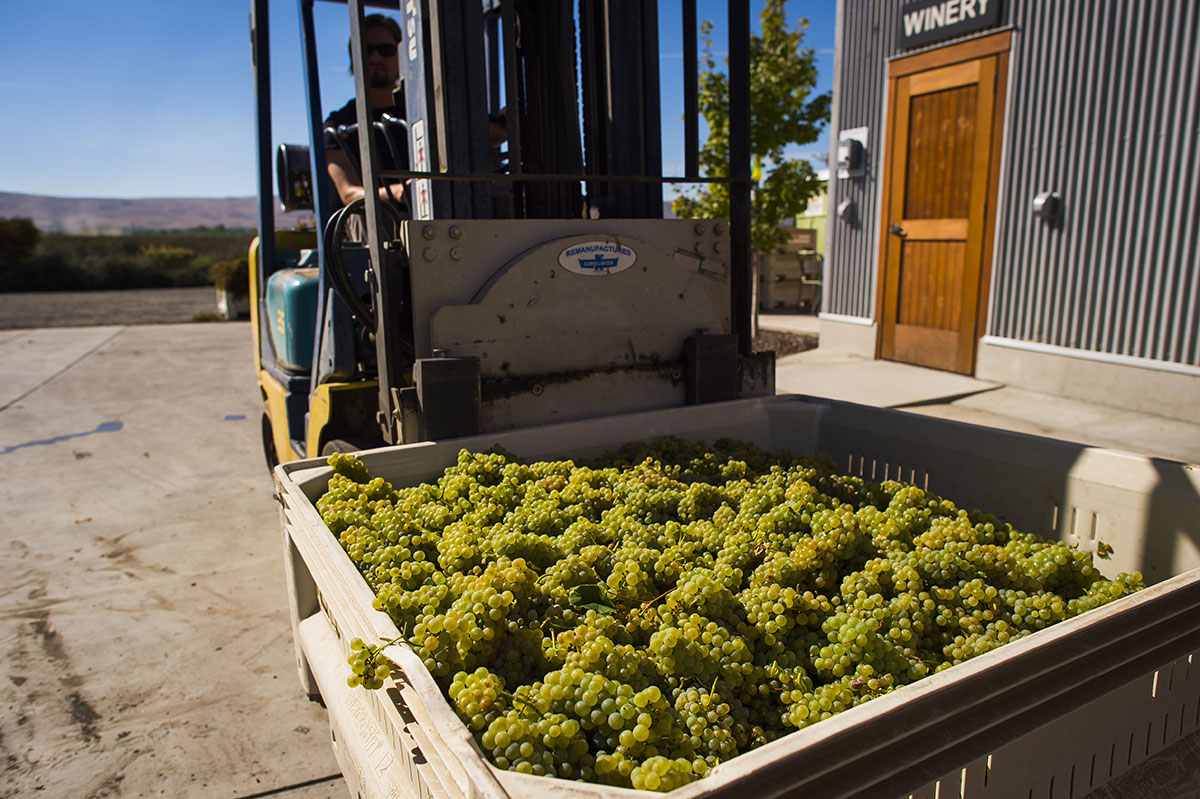 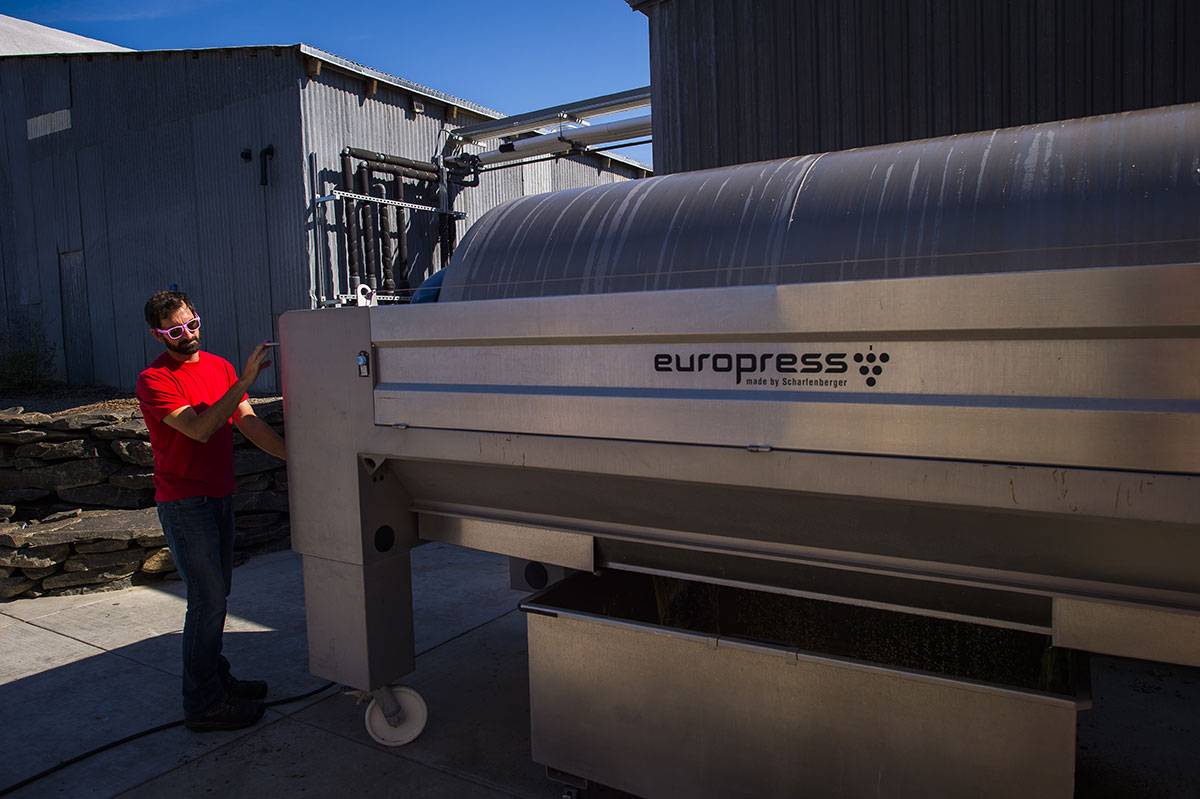 Among Washington Vineyards, vineyards in the Horse Heaven Hills are widely celebrated. Some of Washington’s cult wines are produced from Cabernet Sauvignon grapes grown in this AVA including the 2002 and 2003 Quilceda Creek Vintners Cabernet Sauvignon, which scored the rare 100 point rating from Robert Parker’s The Wine Advocate. We certainly feel fortunate to source many of our grapes, with vines owned by The Gilbert Family, from this special viticultural area.

Among the newest of our vineyards, with its first lots vinified in 2012, River Ridge is perched on a slight south facing slope overlooking the Columbia River. The windswept vines are planted at an angle of approximately 25 degrees West of due South, creating perfect sun exposure on the entire fruit zone. The Bordeaux varietals are densely planted to maximize use of this Horse Heaven Hills acreage.

A stone’s throw from the Columbia River, Nine Canyons Vineyard is tucked amid 250 acres of cherry and apple orchards, just south of the thriving city of Kennewick. Curtiss Gilbert planted its deeply terraced hillsides with grapes in 2009. Pinot Noir lines the vineyard’s north-facing slope, while Malbec, Chardonnay, and Carménère fill out its much warmer south-facing slope.

The soil here is Starbuck loam, a stony, shallow layer of silt that covers a solid layer of basalt. Exceptionally well drained and nonfertile, the loam helps minimize vigor in the vines, allowing for a balanced canopy in the production of low-yield wine grapes. Our first Horse Heaven Hills vineyard, this gem should grow in quality and intrigue.

Doc Stewart Vineyard is the one that started it all for our family. The Vineyard was farmed continuously by George “Doc” Stewart and family from 1972 until we Gilberts bought it in 2002. Located in the farming town of Mattawa, its parcels of Cabernet Sauvignon and Chardonnay date to the early 1980s. Other vines were replanted in the early ’90s.

A surgeon turned farmer, Doc Stewart was among the first to see the agricultural potential of the Wahluke Slope, then a wasteland of tumbleweeds and dust. Doc saw deposits of sand and silt, gravel deposited from the Missoula Floods, and higher-than-average days of sunlight, which promised a vineyard producing deep fruit and intriguing mineral flavors. Happily, botanist Walter J. Clore—posthumously recognized as none other than the “Father of Washington Wine”—assured Doc he was on the right track.

In 1972, while it was flush with reclaimed water from the Columbia Basin Project, Doc planted a couple dozen acres of vines in the middle of what became the Wahluke Slope—today one of the most important viticultural areas in Washington.

Planted by Curtiss and Cragg Gilbert in 2007, 24K presides just a few miles from the Doc. An alfalfa farm in its past life, this vineyard got its name from its location in Mattawa at the corner of 24th and K streets (though we do hope to find gold there one of these days…).

Here, Grenache and Mourvèdre vines grow in soil subtly finer than the Doc’s—more loam than sand, and higher in clay content. As of 2012, most of the vines are starting to realize their varietal characteristics. So far, they show amazing potential for producing deeply structured wines with bright, highly aromatic fruit. 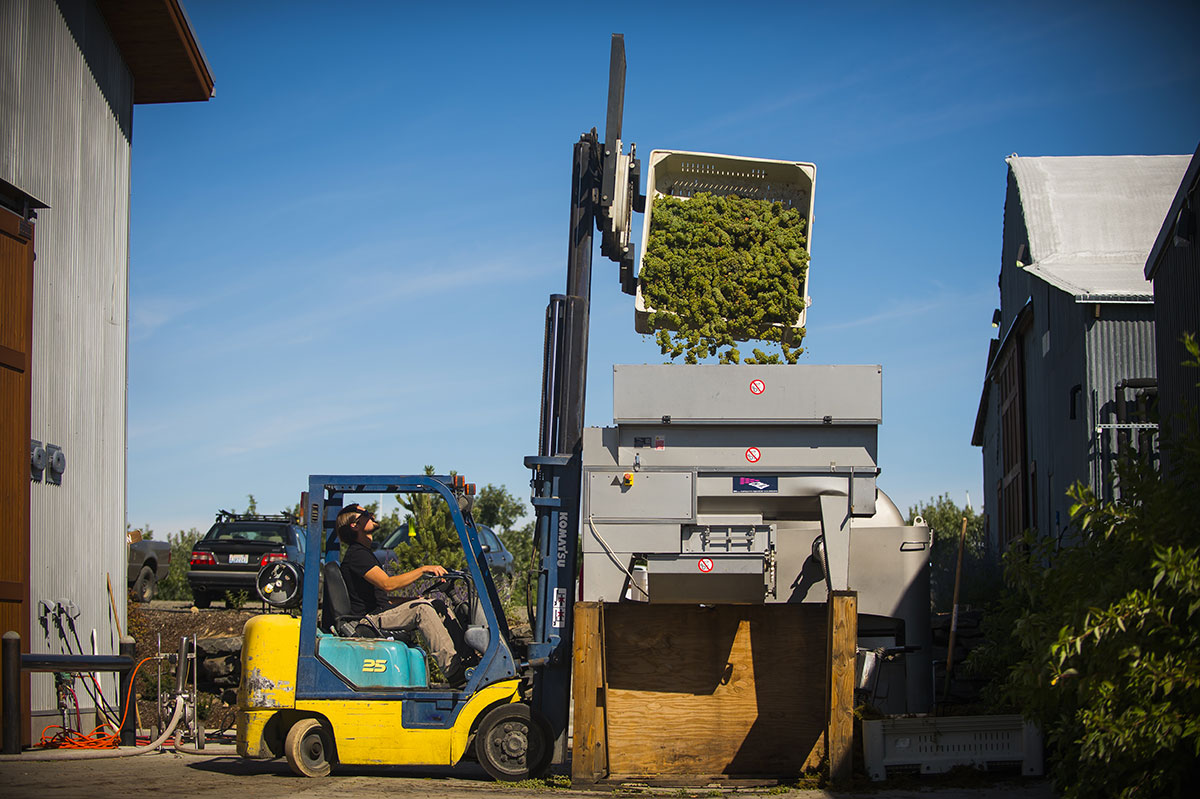 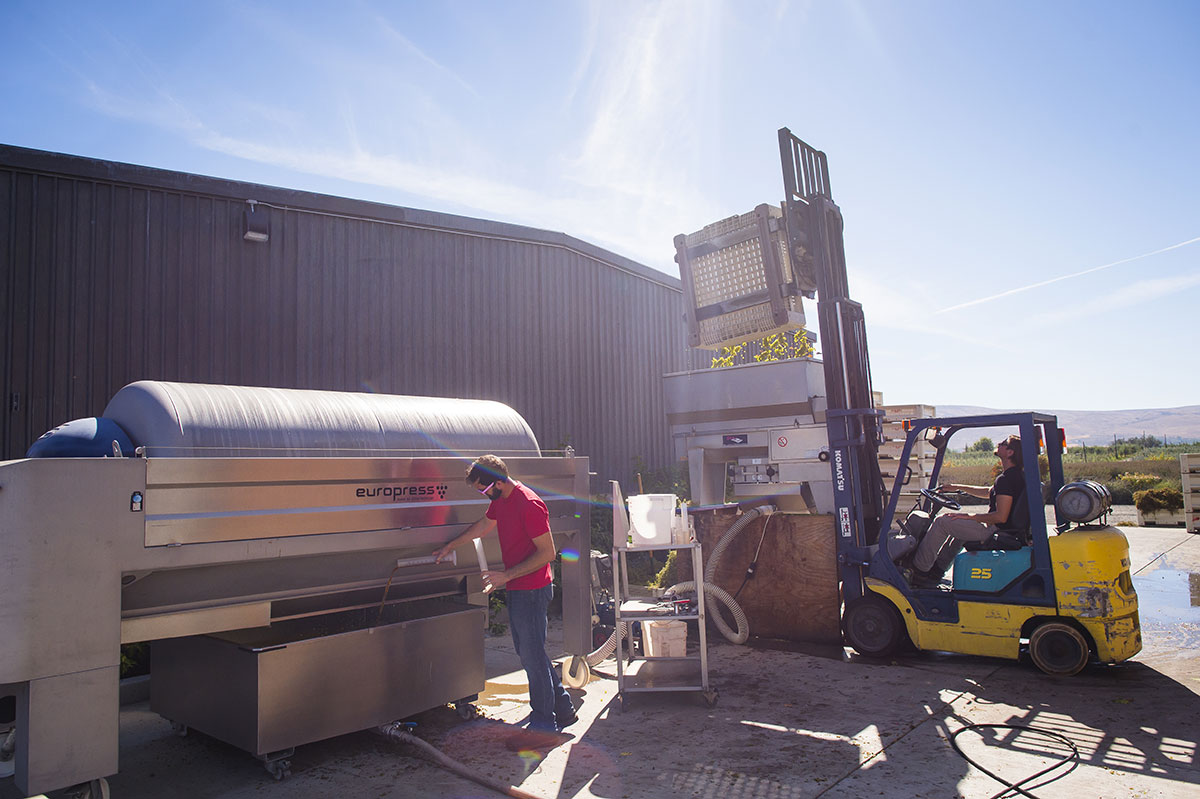 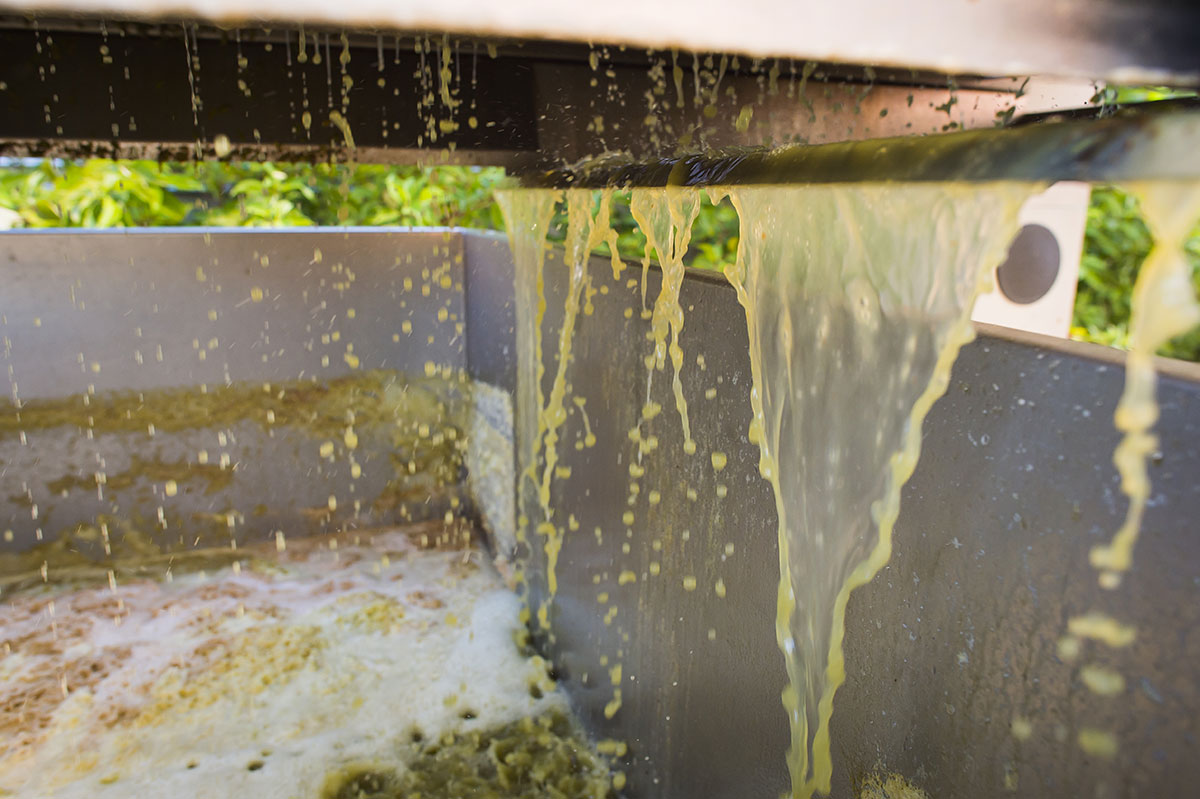 Part of the Hackett Ranch, what was once a working cattle ranch bought by H. M. Gilbert in 1920, Sunrise Vineyard was planted to apples for 90 years. That is, until 2003, when we decided a few parts of it might make a fine location for grapes. The altitude of the vineyard—at nearly 1,400 feet—seems to agree with our aromatic white varietals: Riesling & Chardonnay.

Sunrise sits at the base of the Cascade Mountains, with Ahtanum Ridge to the south. The site’s warm days and cool nights gently ripen the fruit, preserving its natural acidity and elevating the aromatics.

The vineyard is named for a group of hiker cabins built in the 1900s at the Sunrise area of Mount Rainier. Brought off-mountain to the Gilbert family farm in the 1940s as housing for seasonal workers, the cabins now serve as guest quarters for visiting family and friends.

Escape the gloom outside with a cozy couch and a ...

That feeling when you realized you made it through...

🍷Conduct your holiday post-mortem curled up ...

We’re down to the wire, but there’s still time...

🎁It’s the final sprint to Christmas and if ...

What do you get the guy who’s got everything? ...

🎁Take home a custom canvas wine bag when you ...

Saturday is almost here and with it our highly ...

This is how we do cozy. Reserve your spot beneath ...

Holiday shopping is in full swing. Get yourself to...

Curl up under the tree with a glass or two. ...

These halls are decked! Now let’s sip wine to ...

The holiday season is in full swing! Load up on ...

Dreaming of a white Christmas and giving the ...

This is the energy over here today. Join us for a ...

Giving a toast to all we’re thankful for today. ...

🦃 day is right around the corner and @manna.bbq...

Holiday parties are booking fast! Where will you ...

Chilly but sunny at the winery today!

New design by @majical.majic and hand-wrapped by ...

We’re in the home stretch over here!

Love splashing Rosé year-round? Get your hands on...

Get your last hit of fall before winter sets in. ...

If you’re going to work side by side with your ...

Cold days with rosé are winding to a close for ...

It’s time to prepare your cellars for the ...

You heard it here first! We’re down to the LAST ...

Avoid the Sunday Scaries by communing with nature ...

Unoaked Chardonnay pick day No. 3. Now onto the ...

Ready or not, the volume is about to get turned UP...

Took a break from the action to document our ...

Whole-cluster kind of a day.